I’m so happy the let you know that today v8 was officially released.
See the changelog at v8.0.0 is released | LVGL’s Blog

If you find any issues please open an issue for it on GitHub.

I’ve opened a new issue to collect the ideas for v8.1. Feel free to join the conversation and let tell us your ideas.

Thank you very much Gabor, I will pull the last changes to update SO3 as well.

Great! Now I can work on unit testing and benchmarking

The documentation link shows me v7.11.0-dev as default version. Is it just me? 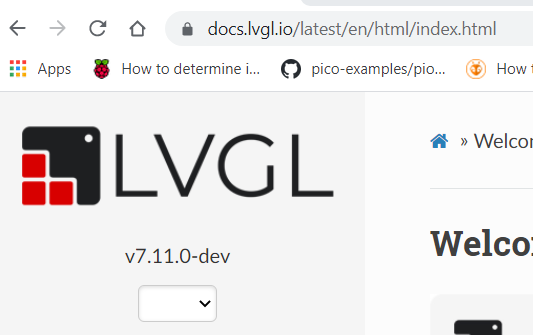 The documentation link is shown in the screenshot above.

Another question, when I try to select lvgl 8 in platformio, the most recent version is shown as dev (see below) and the non dev is 3 months old (the official announcement in this thread is only 10d old). Was LVGL 8 officially released? If so, is the official release visible in platformio? 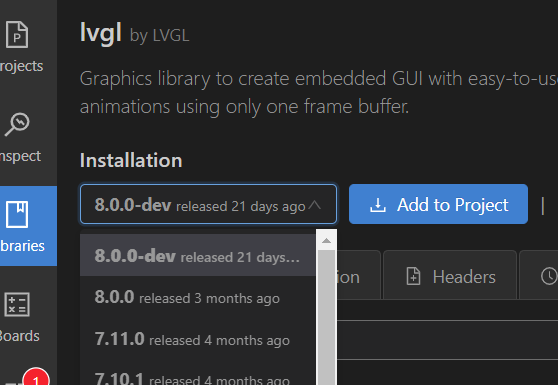 There was a mistake on our side. PIO saw LVGL as v8.0.0 and I appended the -dev postfix, but seemingly it wasn’t updated to v8.0.0 when v8 was released. I’ll release v8.0.1 today, so it should be solved soon.