screen transition with more than 2 structures

The screens are randomly freezing after I pushed the back button several times.
I made 11 screens and there is 4~5 depth.

And I wonder which is correct or much better: 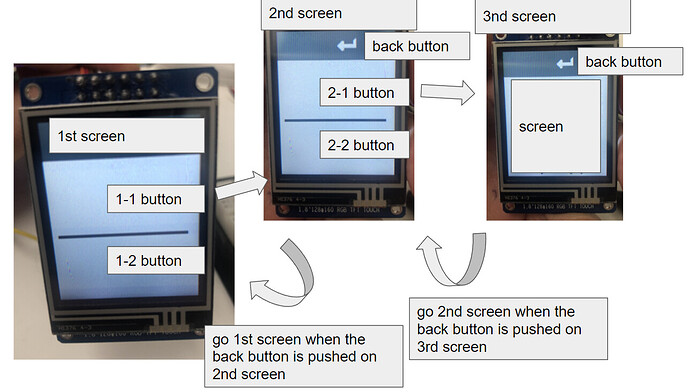 after on the 3rd screen, I cannot go to the 1st screen, even though I’ve already come to the 2nd from the 3rd. The back button suddenly doesn’t work.