Most popular by what metric?

Since commit 31011e56f190dc6c3cf4c58a62f65870b42c7e34, the project’s README claims LVGL is “the most popular free and open source embedded graphics library to create beautiful UIs for any MCU, MPU and display type”. I was curious about what data and what criteria was used to reach that conclusion. Is there a list of such libraries and their supposed “popularity”?

I can’t speak for the creators or the methods they used to determine this, but I’d say it’s a pretty safe claim to make. There aren’t many embedded graphics libraries, and of those libraries almost none are both free (free as in monetarily free to use, but free in the FOSS way applies too) and open source. I believe Qt and uGFX require a license for commercial use, and off the top of my head I can’t think of any other open source embedded graphics libraries that could rival LVGL in terms of popularity.

Good question! I don’t know about any trustful and complete list in this topic. I dared to claim it mainly based on GitHub stars. LVGL is continuously appears on GitHub’s trending repo list (It’s there today too) but haven’t really found other realted libs there.

I’m also continuously monitoring youtube, blogs, google and other sources for new and old UI libs and haven’t found anything close to LVGL. AWTK was the closest but it has 25% stars, and 2% contributors.

As an open-source UI library LVGL is uniquely adopted by Zephyr, NuttX, RT-Thread, Espressif, NXP, any many others.

LVGL is also the first in google for “embedded gui library” keyword.

I believe Qt and uGFX require a license for commercial use

Qt is more popular for sure, but it’s neither free nor open-source. It’s hard to measure QT for MCU’s popularity compared to LVGL. On QT’s YouTube this is highly the most popular video: 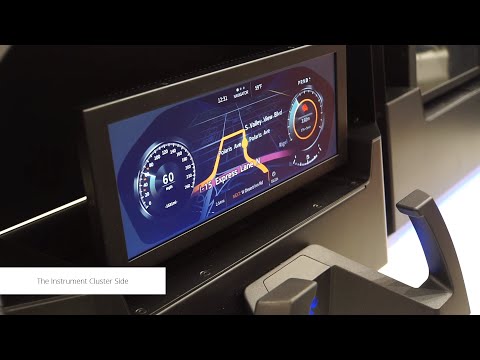 For uGFX it’s also hard to measure the popularity. I haven’t found an official YouTube channel and it’s not hosted on GtiHub. However I could use two metrics:

Besides it’s really no free for commercial.

Of course, I don’t want to be misleading or lie, but I feel it can be confidently claimed that LVGL is the most popular at this moment. If you (or anyone else) think it’s not true and can show a more popular open-source UI lib I immediately remove these sentences. However unless it’s proven to be wrong I think it’s important to let people know about this strength of LVGL as it can help them to decide which library to choose.

I see. The reason I asked is exactly because I’m looking for a library to use, and I found that information relevant, so I wanted to know more.
My intention is not to contest or anything, I feel pretty convinced that this is indeed the most popular one.

Thanks for the responses!

I see. The reason I asked is exactly because I’m looking for a library to use, and I found that information relevant, so I wanted to know more.

My intention is not to contest or anything, I feel pretty convinced that this is indeed the most popular one.

Thanks for asking. Thanks to your question at least I structured my thoughts about this statement

It’s also worth mentioning Dear ImGui with 43k start on GitHub (4 times more than LVGL) but it’s not really for embedded.