Hi,
I found a bug when using master version; I have defined LV_ USE_ GROUP=0.
When I drag and do not release the button, the focus of the button has changed, and clicking on the blank space will lose the focus. This is normal in v7.0.2. I need to use this feature in my project. I think v7.0.2 is correct. What should I do?
As shown in the gif：
v7.0.2 is normal:

I compared the two versions and found the problem here；But I don’t know if it’s a bug or a feature. 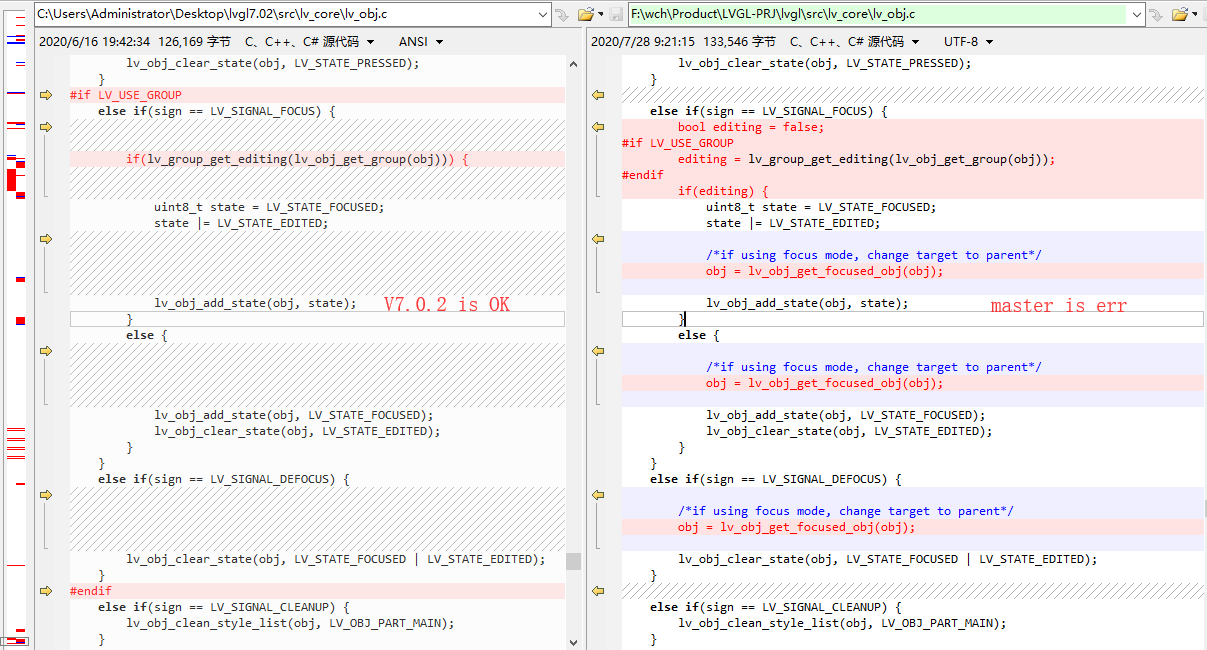 If the blank space is clickable then it will be focused instead of the list element.
If the background is a screen you can make it non clickable with lv_obj_set_click(lv_scr_act(), false);.

My project will use effects like v7.0.2,i am sorry for the new version no longer supports it.

If a btn of the list is selected, when click other areas. The btn should still be selected(like v7.0.2), but it disappears(master version);

Normally (on desktop or web) selection disappears if you select something else.

If a btn of the list is selected,when drag the list and do not release or click, the selected btn should remain selected(like v7.0.2),but it is not(master version);

Now selection happens on click, instead of click (release with no drag). It’s also the same as it happens on the desktop or web.

In your app, is it possible to solve it by highlighting the button by “checking” it? (lv_btn_set_state())?

OK, it’s ok to use lv_btn_set_state and set the style. Although need to set the state manually, but it works well.