Build your UI with AI

Recently I got an invitation to OpenAI Codex, an AI tool that learn from all Github open source code and is capable to generate new code… I cant stop to test it!..
One of the things I tried is to generate UIs directly from description. and it worked! It works for python wxwidgets, pyqt and even for lvgl. Not always of course, but simple examples work. I dont know why but it generates v7 API…
So given the prompt:

Generates:
(in the generated code, I added the button labels cause tries to set with button.set_text)

If I change to “import wx” generates a complete wxwidgets running app: 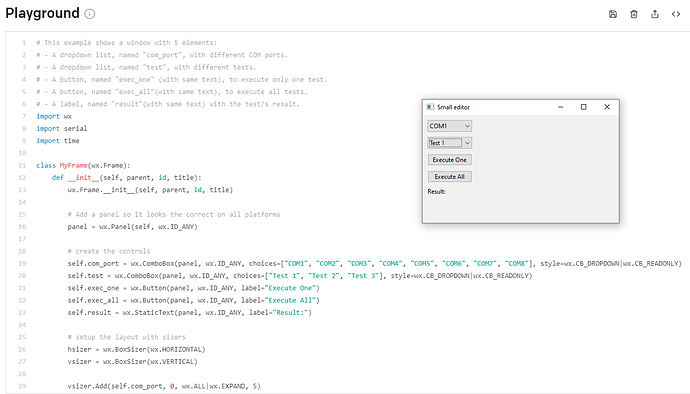 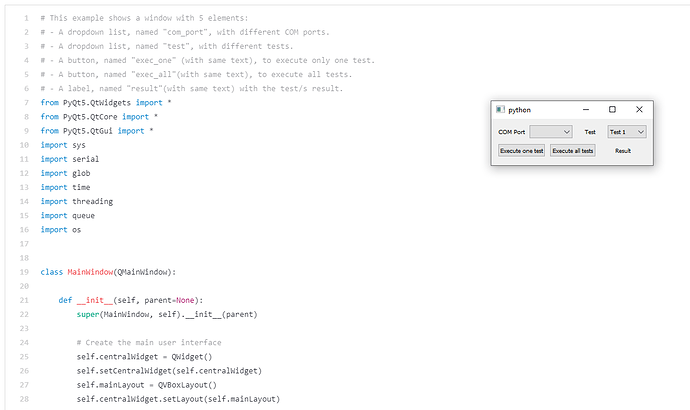 The lvgl can be readed on the screenshot, but wx and qt are a little bit longer. I think is also curios for ppl read them so I attached here. These examples arent modified by me (exept that on wx example, it generated python2 print statemets, so I added parentesis )
UI Codex.zip (2.5 KB)

Interesting! I personally suspect the reason why it uses the v7 API is because it is learning from code examples on GitHub, and there are probably more of these for v7 than v8.

Yes, it should be this. Also the wxwidgets examples can be older and that is why it generates python2 print statements.

OMG! That’s incredible. I’ve just discovered OpenAI codex last wek and dream about how could it work with LVGL. I never thought that it’s so simple.

Thank you very much for sharing! I’ve also apply for the beta test.

Glad to hear that OpenAI Codex work with LVGL.