When adding lists, sometimes the scrollbar is not shown

What do you experience?

What do you expect?

In my program, when using v6, the lists inherited correctly the modes, and showed the scrollbars correctly. 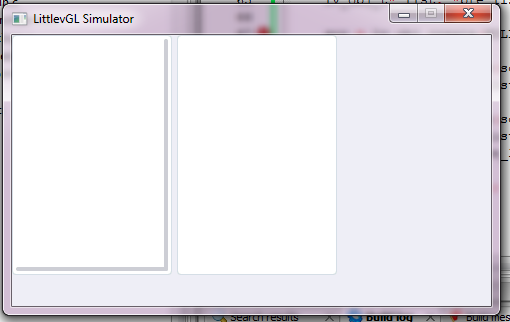 If possible, add screenshots and/or videos about the current issue.

I can confirm that this is a bug. My initial guess was that something didn’t get copied from the old list to the new one, but I haven’t been able to find any evidence of that yet.

I look for the bug in the code but did not find anything. I also suspected of the copy, that’s why I set the property to the second list also, but did not work. I don’t know lvgl deeply enough to have more ideas of what’s happening. I hope you find it easily.

@embeddedt
I struggled a lot with the scrollbars a few weeks ago and - although I saw that you have assigned it to yourself - I couldn’t stand to check it.

It was only a simple thing: the styles were not copied in lv_page_create. I’ve pushed a fix.

the styles were not copied in lv_page_create . I’ve pushed a fix.

I figured it would be something simple like that. Thanks!